Posted at 05:53h in Industry News, Press by Painchek
Share 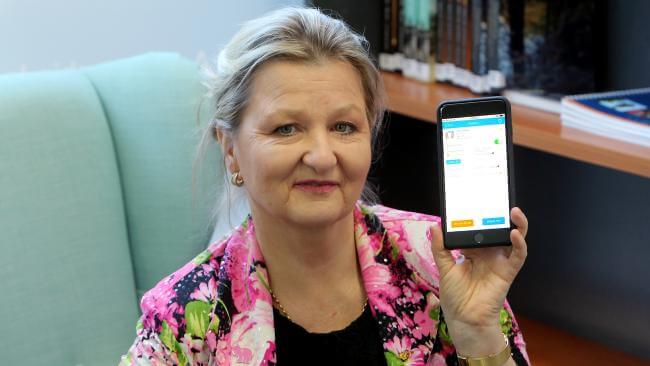 Go to Article
Australians with dementia will now be able to communicate pain levels thanks to a new app being rolled out nationally.

Listed pain detection app developer ePAT has teamed up with Dementia Support Australia to provide the technology to 150 consultants across Australia that could benefit up to 5000 people suffering with dementia each year.

The app, PainChek, which has been approved by the Therapeutic Goods Administration, uses artificial intelligence and smartphone technology to visually analyse facial expressions, assess pain levels in real time and update medical records in the cloud.

Sue Pieters-Hawke, who is a National Ambassador for Alzheimer’s Australia and co-chairs the Federal Dementia Forum, said global research had consistently proven that pain was poorly recognised, diagnosed, understood and treated for many people with dementia.

“Anything that helps address that serious issue of people with dementia being in severe, untreated pain, is going to be a very ­important quality of life issue for those people and those that care about them,” she said.

Dementia Support Australia estimates that more than 70 per cent of its clients experienced under-treated or undiagnosed pain, which impacted their quality of life significantly. A peer reviewed study, published in the Journal of Alzheimer’s Disease, showed that PainChek was a valid and reliable pain assessment tool for people with moderate to severe dementia who cannot self-report their pain.

Ms Pieters-Hawke, daugher of former Prime Minister Bob Hawke, said she was fortunate that her late mother, Hazel, was able to be in a care facility that detected her pain when she could no longer verbalise due to her dementia, but she said many others weren’t as fortunate.

“I know that was a minority experience,” she said. “There is a stigma and ignorance around dementia. Someone might be distressed with pain and vocalising their distress and it will be dismissed as them having dementia rather than looking to see what the issue is.

“Research shows that a lot of that is untreated and undiagnosed pain and the so-called symptoms of dementia disappear when the pain is managed.”

Philip Daffas, chief executive of ePAT, said he was delighted to have the opportunity to work with DSA.

“We believe this is a unique combination of two Australian organisations working together to achieve a common goal in dementia,” he said.